As I lately have a little time, I had been looking on the internet the other day. Trying to get fresh, intriguing ideas, inspirational recipes that I’ve never tried before, to impress my family with. Searching for quite some time but could not find too many interesting stuff. Right before I wanted to give up on it, I came upon this yummy and simple treat by chance. The dessert seemed so scrumptious on its snapshot, it required immediate actions.

It had been not difficult to imagine how it is created, how it tastes and how much my hubby will want it. Actually, it is extremely simple to please him when it comes to desserts. Anyhow, I got into the webpage: Suncakemom and simply followed the step-by-step instuctions which were accompanied by great pictures of the task. It just makes life rather easy. I could suppose it is a bit of a inconvenience to take photos down the middle of cooking in the kitchen because you will often have sticky hands so I pretty appreciate the hard work she put in for making this post .

Having said that I’m empowered presenting my own formulas in a similar fashion. Many thanks for the idea.

I was fine tuning the main mixture create it for the taste of my family. I must say it absolutely was a terrific success. They enjoyed the flavour, the thickness and enjoyed having a sweet like this during a hectic workweek. They quite simply wanted more, more and more. Hence the next time I am not going to commit the same mistake. I am likely to double the amount . 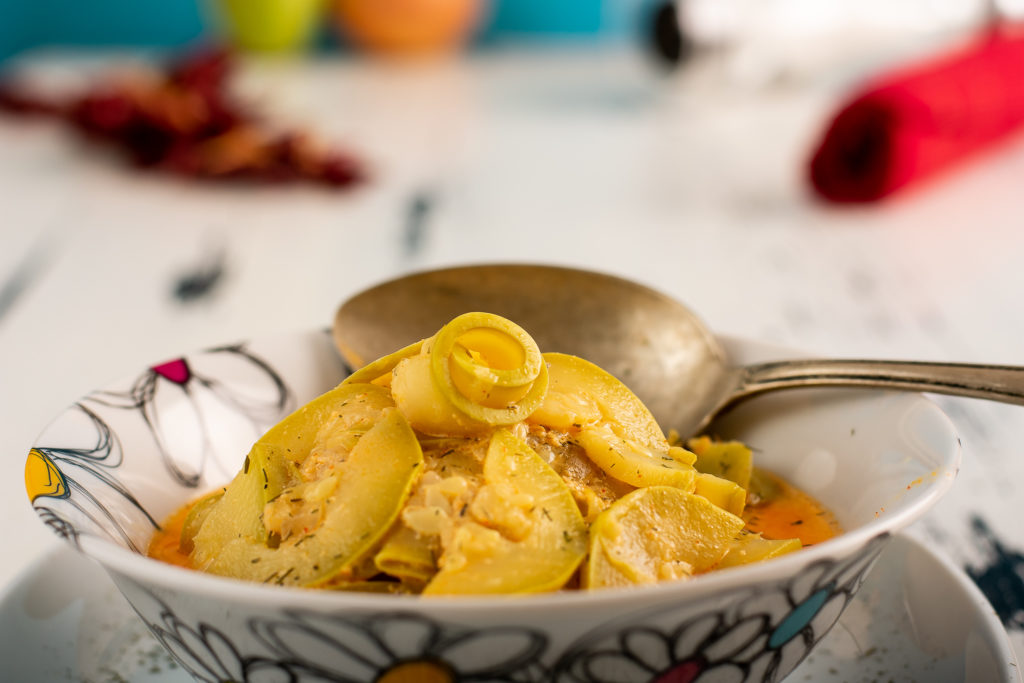 Melt butter in a pan.

Saute the onion on the butter until it gets a glassy / translucent look. The onion can be caramelized on low heat if desired but that takes a bit longer and more butter.

Halve the squash then slice it up either horizontally or vertically.

Add the sliced up squash and saute for 3 to 5 minutes.

Sprinkle in the salt, dill, vinegar and the optional paprika.

Pour in the water and the milk.

Turn the heat up until it reaches the boiling temperature then lower the heat and simmer the squash to desired texture in about 10 minutes.

Mix in the sour cream, bring it to boil and turn off the heat.

Let it cool off a bit before serving.